Between the end of 2020 and the beginning of 2021 we were called by Oxfam Italia to work on the positioning of the brand and the launch of the new 5x1000* integrated campaign. Since 1942 Oxfam has been offering its help in the most important humanitarian world crises, improving the living conditions of thousands of people and fighting inequalities of all kinds. One of the distinctive assets of Oxfam's intervention is the fight to ensure access to drinking water. The idea of ​​the campaign was born from a fact that puzzled us: women around the world take about 100 million hours each day to fetch water, often very far from home. An infinite time, which, in fact, is subtracted to education, work, family and the possibility of personal fulfillment. One condition, that of distant drinking water, which therefore contributes in an important way to exacerbate the social and economic inequalities of our world.To tell this consequence, we arrived at a very simple and immediate idea in its decoding, especially visually.We made sure the water itself to act on the symbolic words of these injustices, deleting some letters and transforming them into their positive opposite. And here inequality becomes equality, disparity turns into parity, unsustainability goes sustainability and so on. Drinking water really has the power to change things, transforming evil into good.

*5x1000 is a means of donating to non-profit organizations from income tax payments without any further contribution from the tax payer. 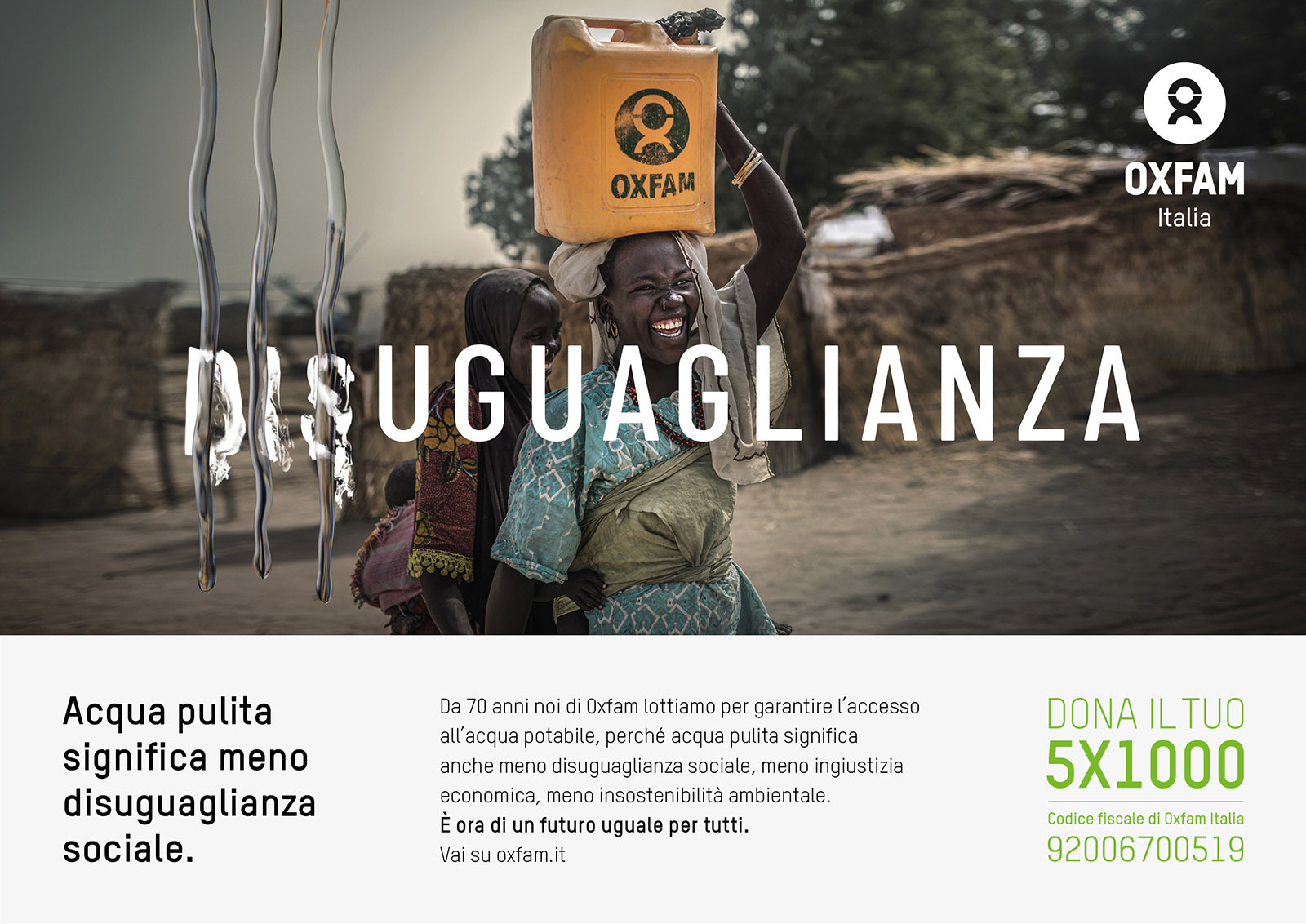 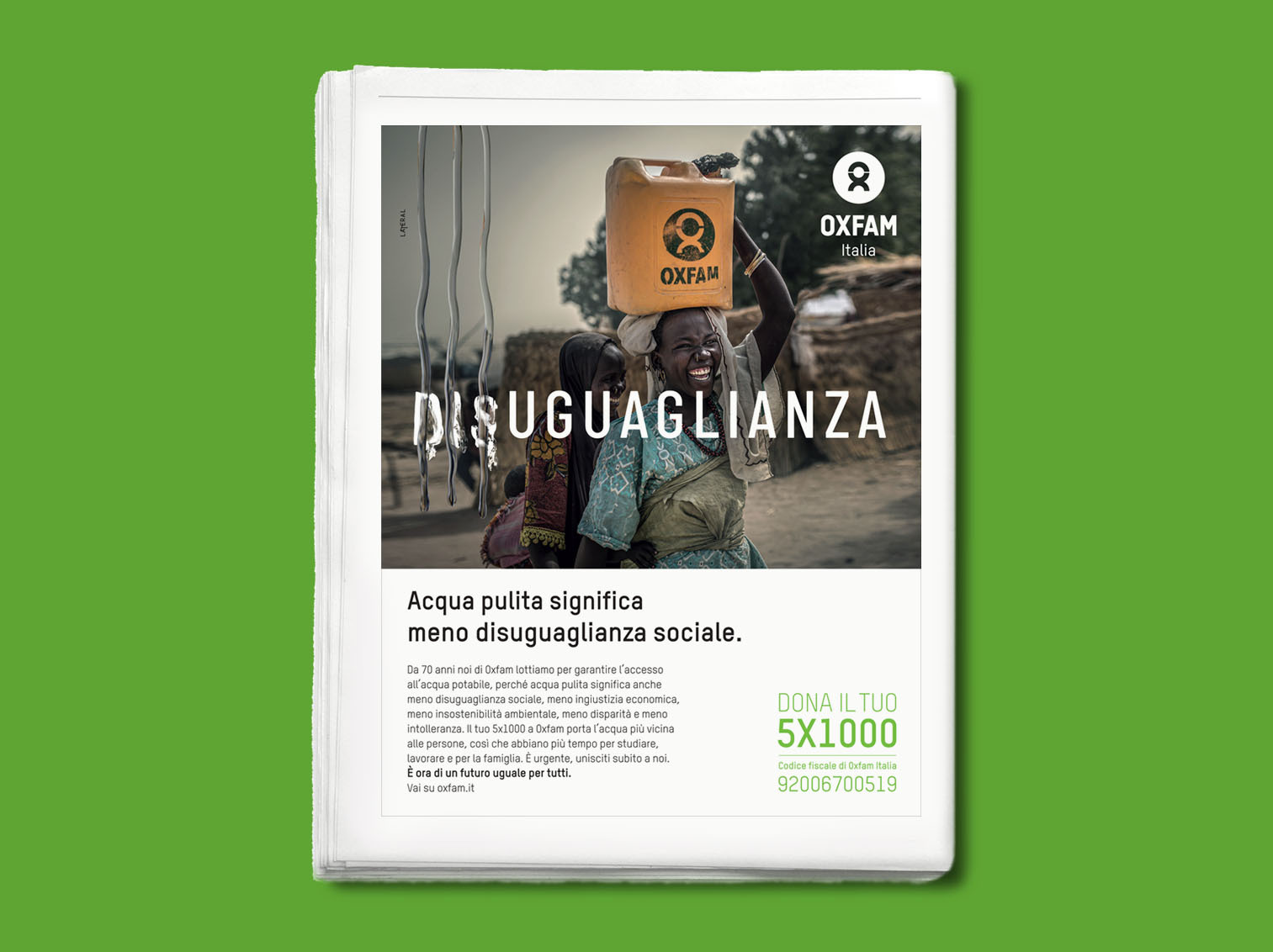 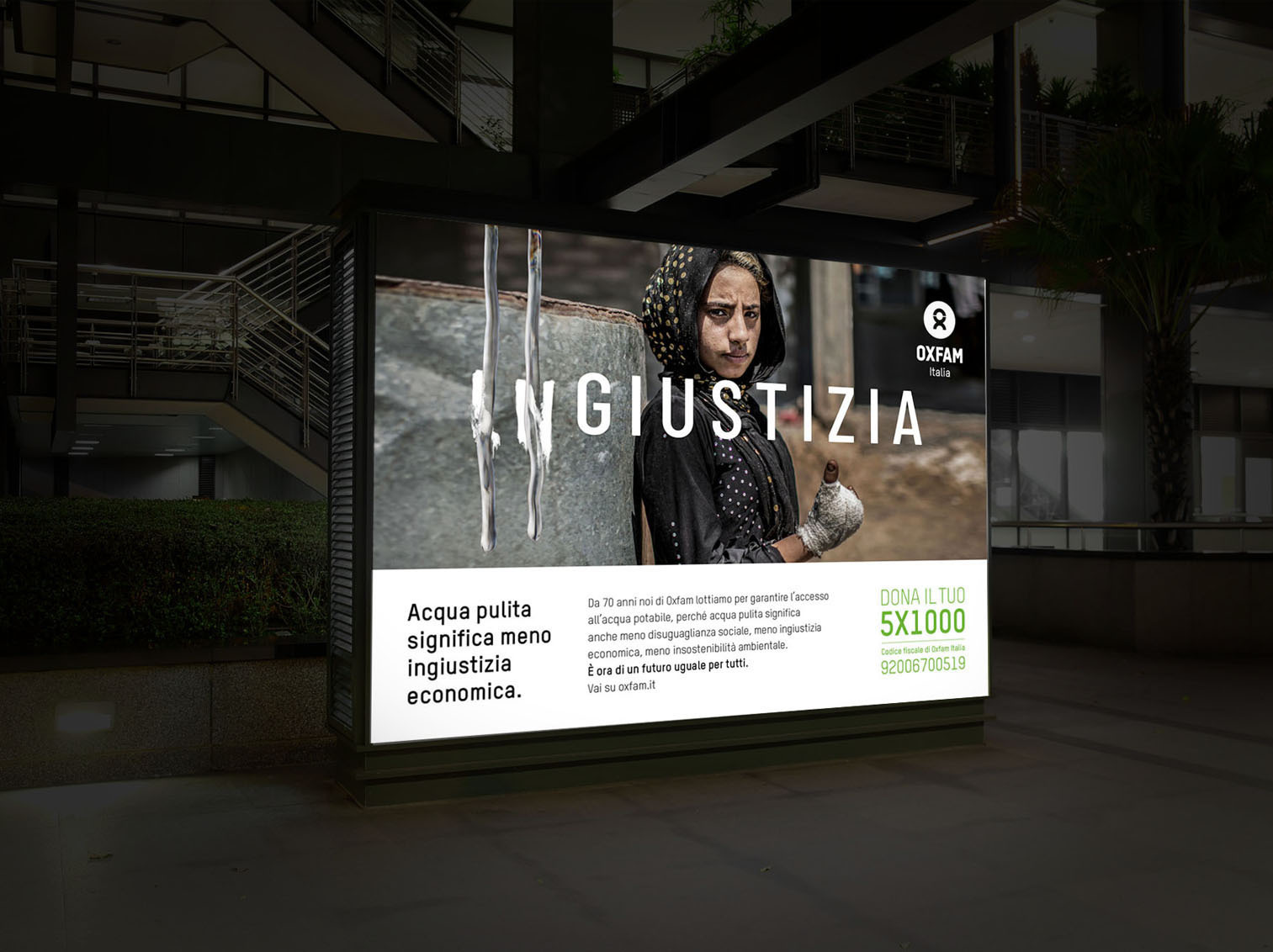 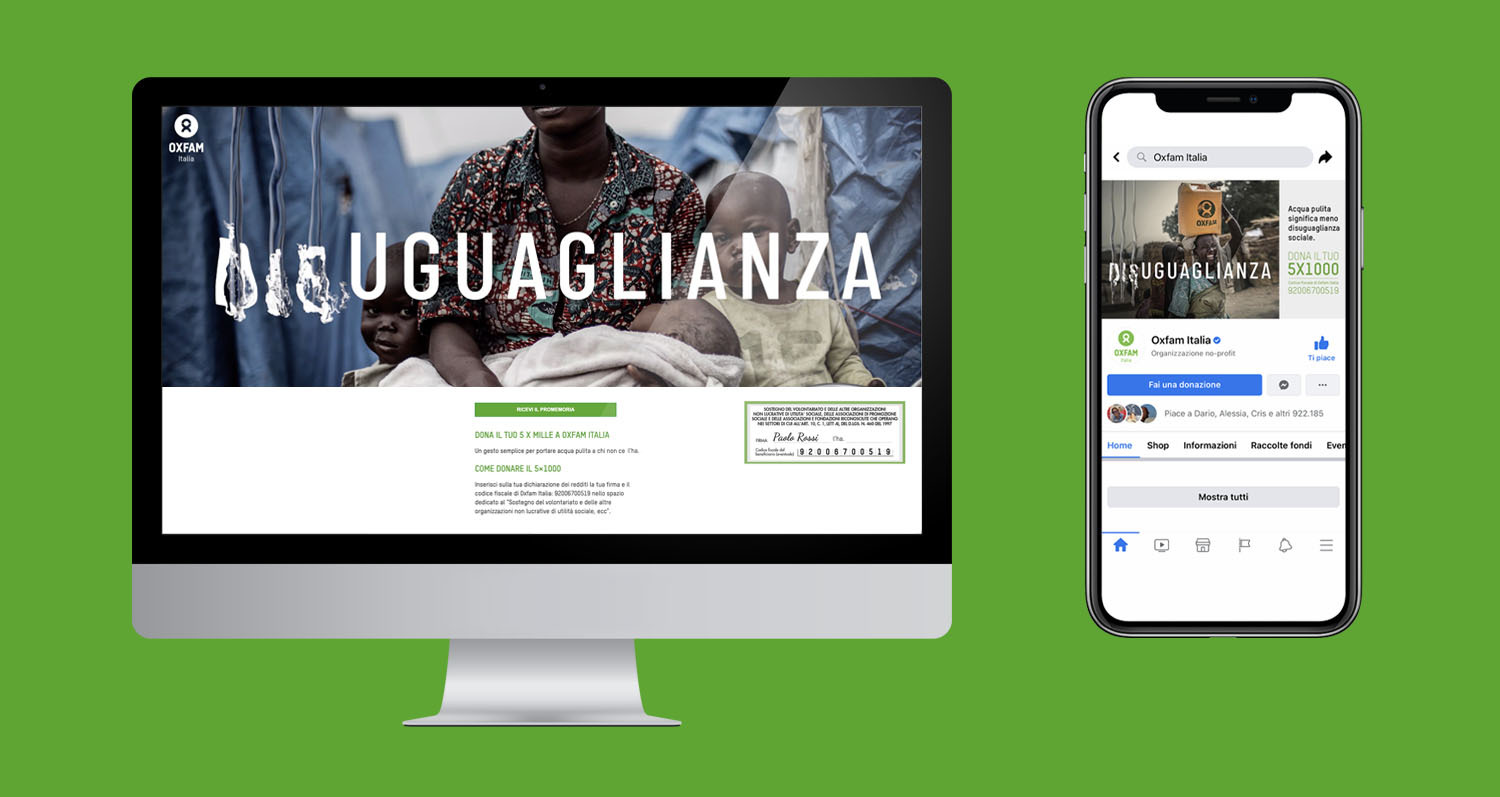